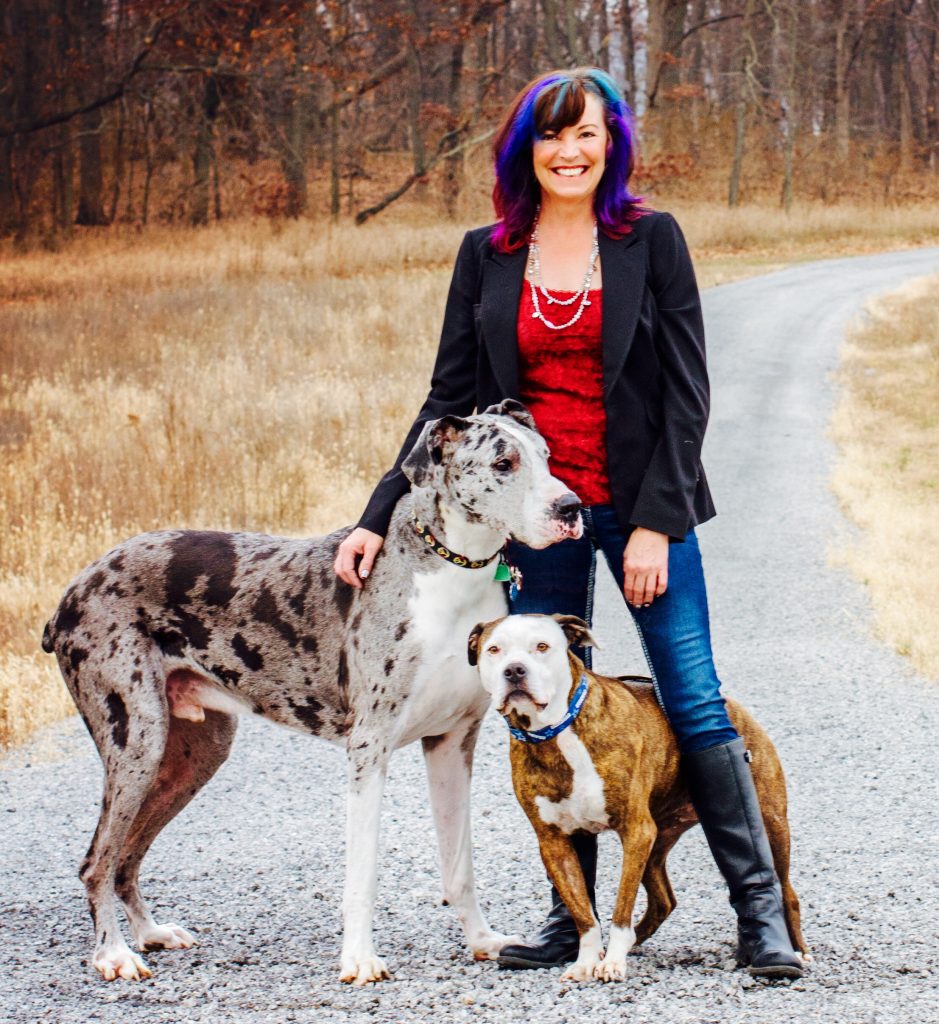 Dr. Carlton received her degree from the College of Veterinary Medicine at Texas A&M University.

She began her career in Houston, Texas at a multi-doctor, 24 hour care hospital. In 1997, she relocated to Indianapolis where she continued work as an emergency veterinarian. In 1998, she began splitting her time between the then Lake City Animal Clinic and Indianapolis where she worked at several veterinary hospitals filling in while their doctors took vacation. In 2007 Dr Carlton purchased Lake City Animal Clinic and relocated to Warsaw. Two of her goals once settled were to purchase and donate land for an off leash dog park and to build a new state of the art veterinary facility for her patients.

In her spare time, Dr. Carlton enjoys reading, gardening, spending time with family and friends and being outdoors. 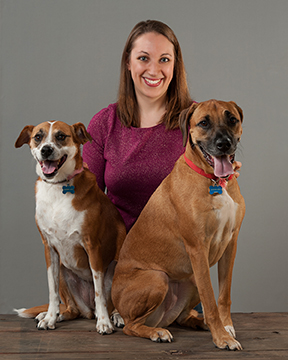 Dr. Katie Van Dyke joined LCAHWC in 2016 after working as a veterinarian in Columbia City, Indiana for three and a half years. Originally from Muncie, Indiana, Katie developed a love for animals as she grew up with cats. After completing an undergraduate degree in biology and chemistry at Cedarville University in Ohio, she completed her veterinary degree at Purdue University. Dr. Katie has special interests in internal medicine, diagnostics, and preventative care.

When she is not caring for your furry family, Dr. Katie keeps busy at home with her family. She and her husband enjoy staying active with their two young boys who can’t get enough of building legos, playing outside, and making messes. Two cats, Napoleon and Desmond, allow the two-legged creatures to invade their domain, but only when fed on what they deem to be appropriate intervals. The cats also marginally tolerate the two hound mixes, Sophie and Penny who create plenty of mischief and have a unique take on landscaping the yard. Dr. Katie also loves serving in her local church, playing games, and reading in her spare time. 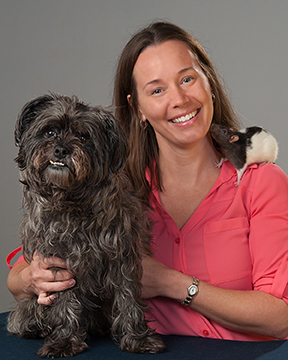 Misty is our Office Manager. She has been with us since 1997, where she began her career as a Customer Service Representatives.

Misty is happily married with 2 children, a son and a daughter. She also shares her home with their cat Smartie Pants and 2 dogs, a Bullmastiff named Hank and a Brussel Griffin/West Highland Terrier named Scooby and 3 rats (yes she said rats): Esther Grace, Artemis, & Black Bean Enchilada, plus a 30 gallon freshwater aquarium.

Misty has had a love for ALL animals for as long as she can remember. Her first job was at a pet store where, to her mother’s dismay, she brought home a variety of pets. But if you tell her she can only pick 1 favorite animal, she will quickly reply “RATS” 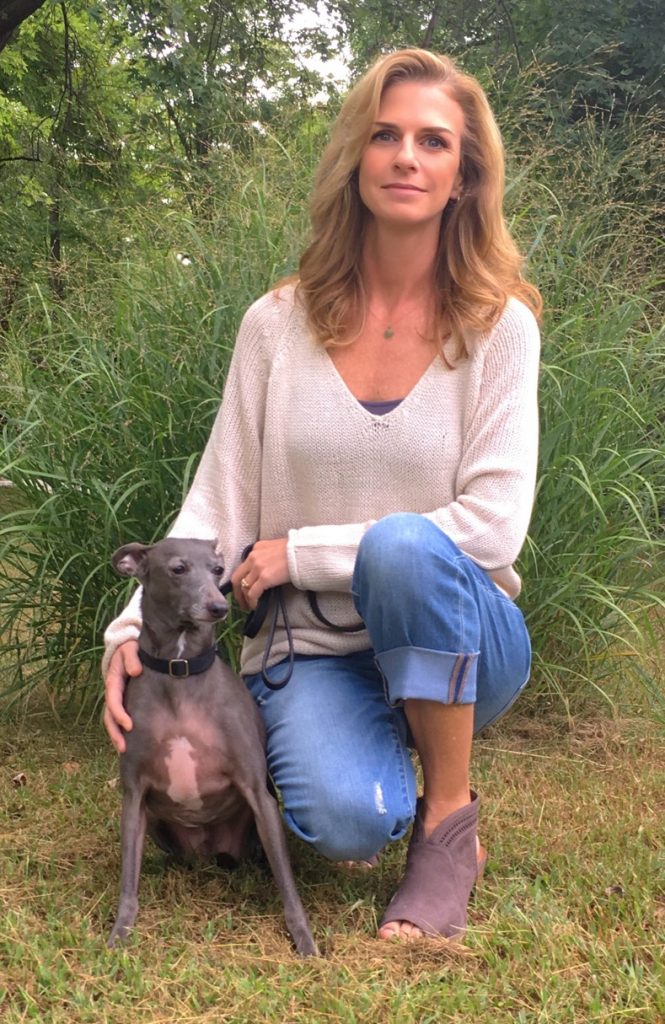 Amy is our Lead Registered Veterinary Nurse. Leaving a career in the human orthopedic field Amy followed her true passion and went back to school to obtain her degree as an RVN. Working as an RVN since 2010 she joined the Lake City Animal Health & Wellness Center in 2015.

Amy is married with 3 daughters, 6 grandchildren, 3 cats: Simon Little Man, Gracie, & Scully, an Italian Greyhound: Frank, and cares for a small colony of neighborhood strays (The Cat Farm). She’s also a huge advocate of feline TNR (Trap/Neuter/Release) programs. She can’t imagine a life without the constant companionship of animals.

Amy feels the most rewarding aspect of this profession are the success stories. To watch a patient thrive as the result of the combined efforts of his/her doctor, nurse, and family is so rewarding. Who doesn’t love a happy ending? 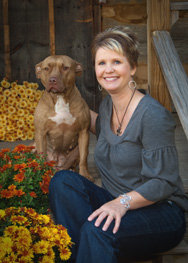 Amy is one of our Registered Veterinary Nurses and is also a certified Trainer. She graduated from Purdue University Veterinary school with her veterinary nurse associate degree in 1995 and from the Karen Pryor Academy as a certified training partner in 2016. Along with her nursing duties, she offers group puppy and adult training classes as well as one-on-one training/behavior modification sessions at our clinic or in owner’s homes.
Helping to ensure our patients’ physical and emotional health is the absolute best it can be is what Amy most loves about her job.

Amy shares her busy home with her husband Mike, their 3 children and several dogs and cats. During her free time, she can be found with her nose in a book or her behind in some bleachers cheering on her kids or her beloved Boilermakers.

Haley joined the Lake City Animal Health & Wellness Center team in May of 2017. She obtained her degree to become a Registered Veterinary Nurse from the Vet Tech Institute in Fort Wayne. In her spare time she enjoys camping with her fiance and 2 dogs and horseback riding. Haley also currently has 2 cats, 2 horses and 2 pygmy goats! 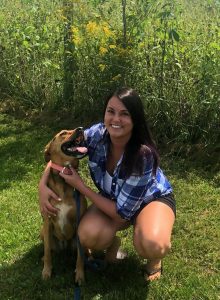 Sheridan joined our team in April 2017. In 2013 she graduated the Veterinary Program at IBC Fort Wayne and obtained her license as an RVN. She assists our doctors with appointments, monitors our patients during surgery, performs dental cleanings and many other technical duties. She and her husband Brandon married in August 2013. Since working as an RVN she has adopted a cat named Minnie and a dog named Quila. 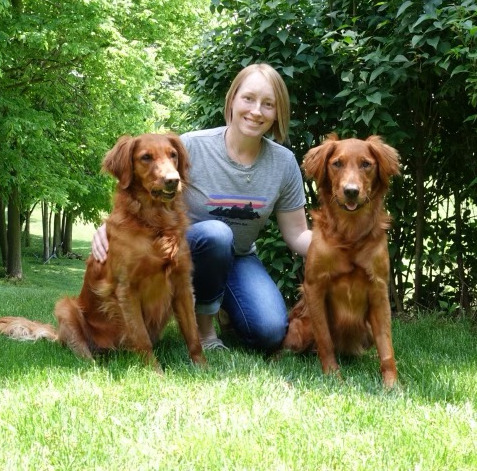 I graduated from Purdue University with both an Associates Degree and a Bachelors Degree in Veterinary Technology in 2012. Outside of work I enjoy working with and training my two Golden Retrievers, Fiona and Opie. I also enjoy spending time outside and hiking the trails with my husband and dogs. 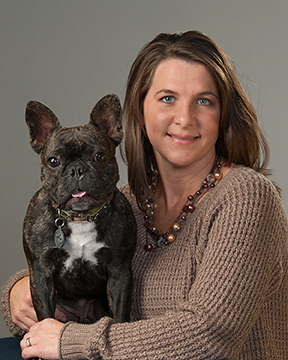 Heidi is married with three daughters, two dogs(French Bulldog and Jack Russell), four horses and five barn cats. She spends her weekends at horse shows with her daughters and also loves to camp. 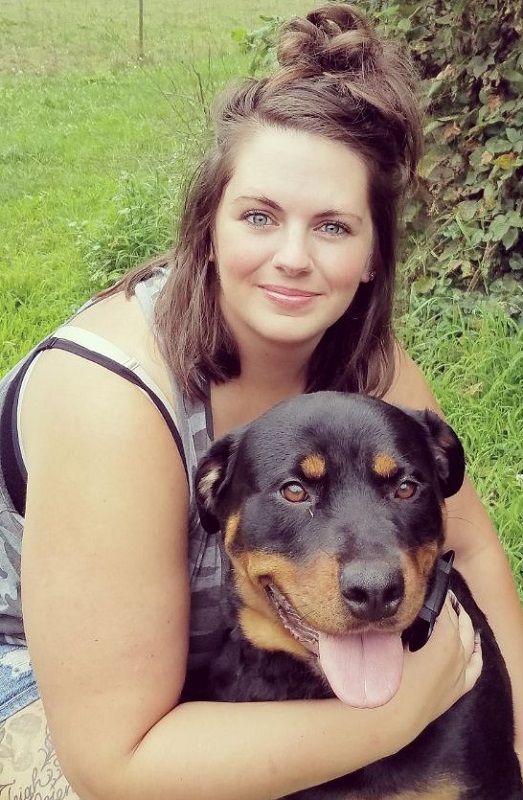 Alexandra came back full time as our Lead CSR in April 2016. She loves seeing your bright and smiling faces and watching your fur babies as they grow up. You’ll typically hear her answer the phone or greet you as you walk in through our doors. Alex lives in Pierceton with her two daughters, her son, Rottweiler Hannah and her cat Oskar. If that isn’t enough to keep her busy, in her spare time she loves to be outside, read books, watch movies and clean. 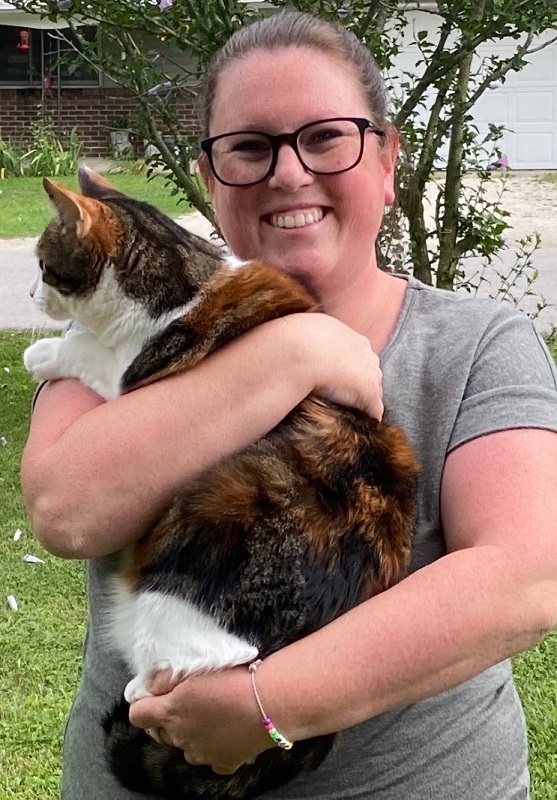 Trista started in June 2020 and is a part-time CSR. She loves getting to know clients and helping them live a healthy and fulfilling life. Trista lives in Atwood and is married to her wonderful husband Jeremy and has a daughter, Avery. She also shares her home with her rescue Calico cat, Maizey. In her spare time, she enjoys cooking, being outdoors, spending time with her family, and playing/watching any kind of sports. 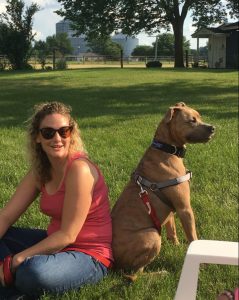 Shyloh joined our team in August of 2016. Shyloh enjoys greeting your furry family members and watching them as they grow. When she isn’t working she loves to spend time with her dog Chevy, her cat Mike, and her husband, Nick. 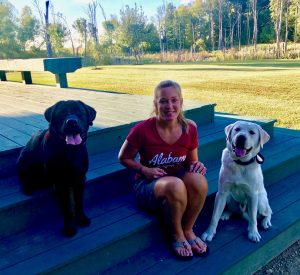 Nichole joined our team in 2018 as a part-time kennel care technician and nursing assistant. She has been a client with us since she and her fiancé moved to this area in January 2017.

Nichole has two sons and one grandson all currently living in Southern Illinois. She has four pets: two Labrador Retrievers and two domestic cats.

Nichole already has a full-time job, but has always wanted to work with pets and now since her children are older, she is able to do that and is absolutely loving it. 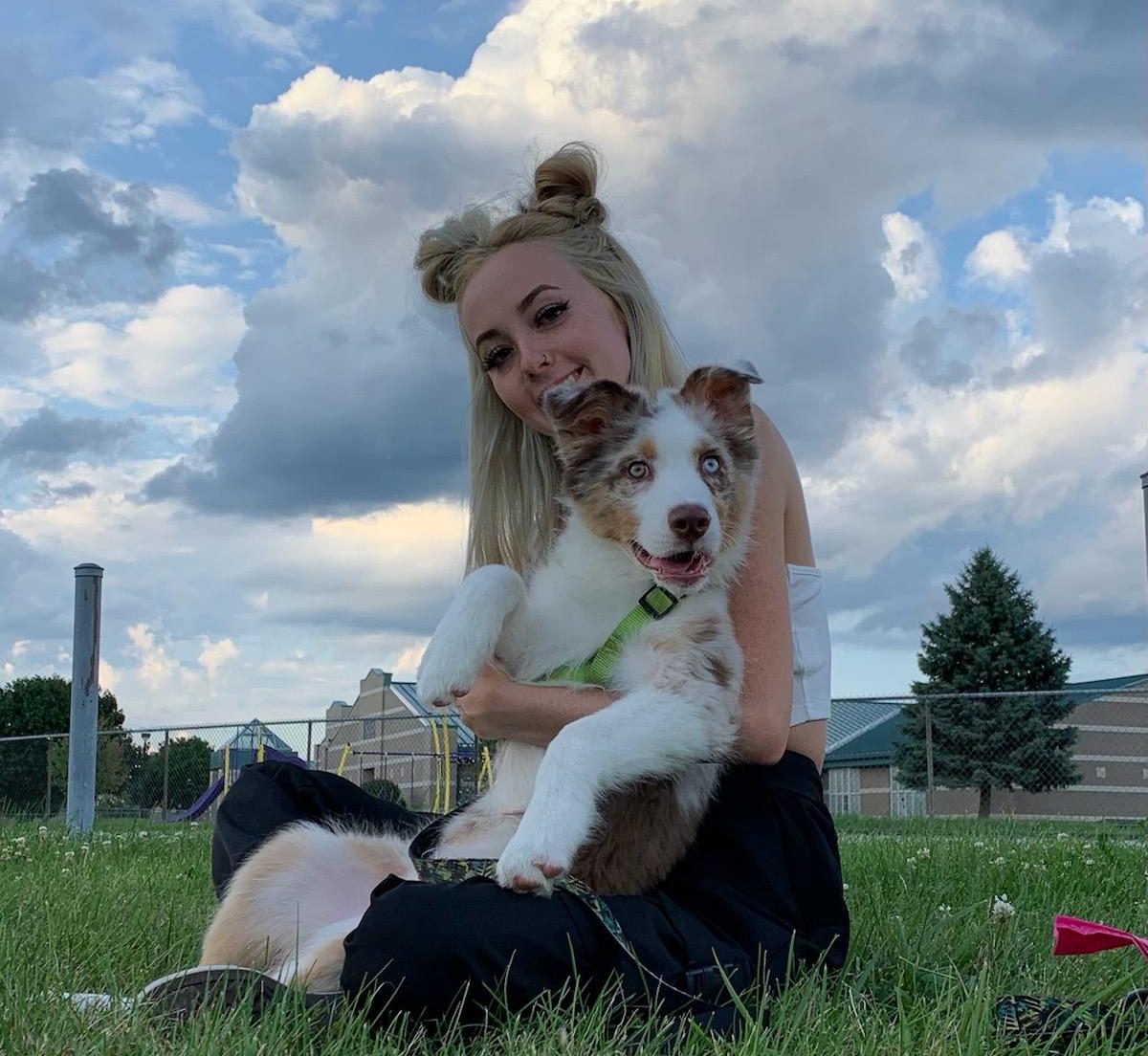 I grew up raising horses and showing them and always had a passion for large animals. It wasn’t until I was a CSR at NIVES that I realized how much fun small animal care was. I really enjoy the bond I am able to form with so many dogs and cats that come for day stays and boarding. I love learning each individual animals personality and what they enjoy. I currently have a Australian Shepherd named Elio and a cat named Honey. In my free time I love going hiking with my dog as well as painting. 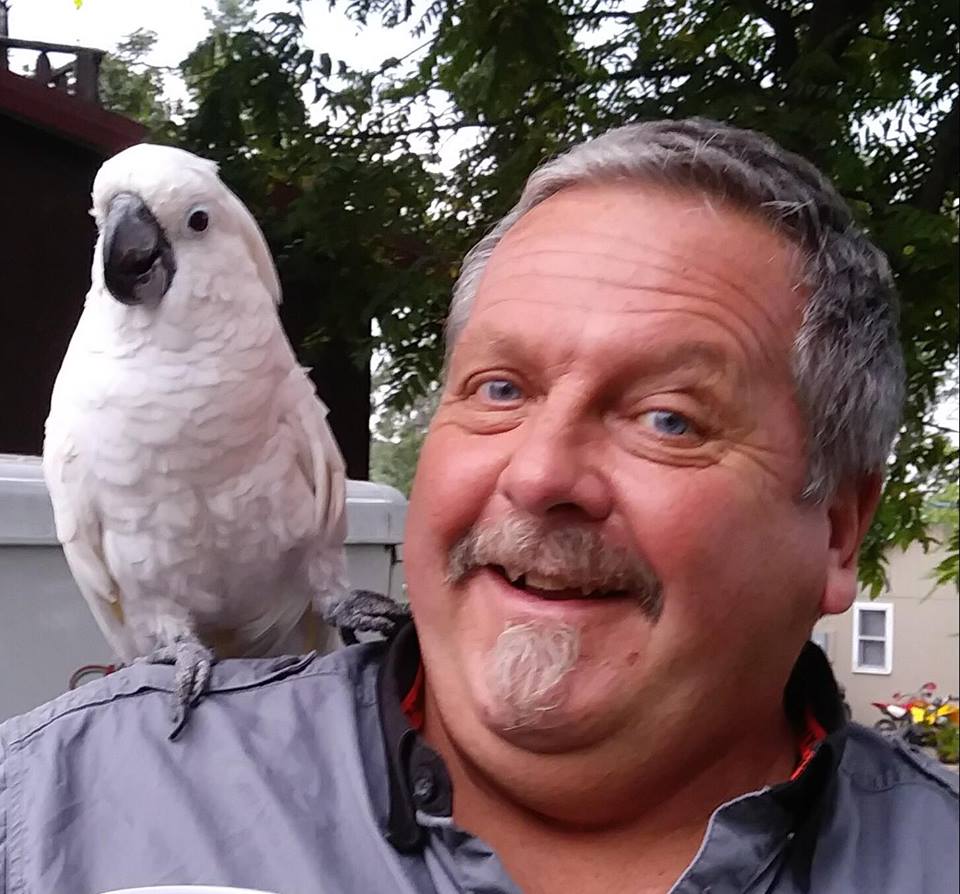 Jeff joined Lake City Animal Health & Wellness Center in August of 2018. Jeff works hard maintaining our facility and grounds to ensure it maintains its beauty. Jeff lives with his wife, Wendy, in Warsaw. They have 5 children and 4 grandchildren. Jeff and Wendy have 2 labs, Sadie and Moose. In his spare time, Jeff likes to ride his Harley, go fishing, and hunting. He and his family also enjoys traveling to their get away in Northern Wisconsin.

Adric has been with Lake City Animal Health & Wellness Center since 2015. Adric’s responsibility is to keep the facility in ship shape. He enjoys the rewarding feeling of working together to achieve a common goal. Adric lives on the outskirts of Mentone on a small farm that has several animals, including a horse, 4 cows, a dog, and a variety of barn cats. Adric enjoys musicals at The Wagon Wheel, storm chasing, video games and racing.